Yet another strange chapter in the Antonio Brown saga.

Just a few hours after apologizing to his teammates for his role in an altercation with Raiders general manager Mike Mayock, Brown posted a video on YouTube which apparently includes a recorded telephone conversation between he and Raiders head coach Jon Gruden.

Brown’s apology early Friday morning seemingly absolved him and set the stage for a Week 1 debut on Monday night against the Broncos, a move Gruden told reporters was “the plan” even after tensions rose.

But at 6:45 PM (P.T.) Brown dropped the nearly two-minute long video of the receiver working out and spending time with his children, but featuring a seemingly private phone call between Brown and Gruden, coordinated on the phone by Brown’s agent Drew Rosenhaus.

It’s unknown at this time whether or not Gruden was aware that he was being recorded, or when the talk took place, but the conversation provides a glimpse into how Gruden has been trying his best to understand his enigmatic star player.

At one point in the recording Gruden can be heard questioning whether or not Brown wants to play football, to which Brown emphatically says, “I don’t know why it’s a question of me being a Raider. It’s like – do you guys want me to be a Raider?”

Later Gruden essentially pleads with Brown to “just play football” and eliminate distractions. Brown made it clear he’s thinking about more than that.

“I’m more than just a football player, man. I’m a real person,” Brown told Gruden. “It ain’t about the football; I know I can do that. I show you guys that on the daily. This my life. Ain’t no more games.”

Gruden said on Friday that Brown had returned to practice and the plan was for him to play in Monday night’s 2019 debut against the Broncos.

“Antonio is back today,” Gruden said. “We’re really excited about that. Ready to move on. He’s had a lot of, obviously, time to think about things. We’re happy to have him back, and I know Raider Nation is excited about that, too.”

California is a “two-party consent” state, making it a crime to record any confidential communication, including a private phone conversation, without the consent of all parties.

According to a team source from ESPN’s Chris Mortensen, Gruden was described in a tweet as being amused by the video, and even thought it was “awesome.”

Saturday could hold another chapter as the Raiders are back on the practice field Saturday in preparation for Monday night’s clash with the Broncos. A game where the Raiders were probably hoping for a different kind of action from their new wideout. 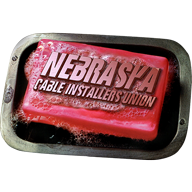